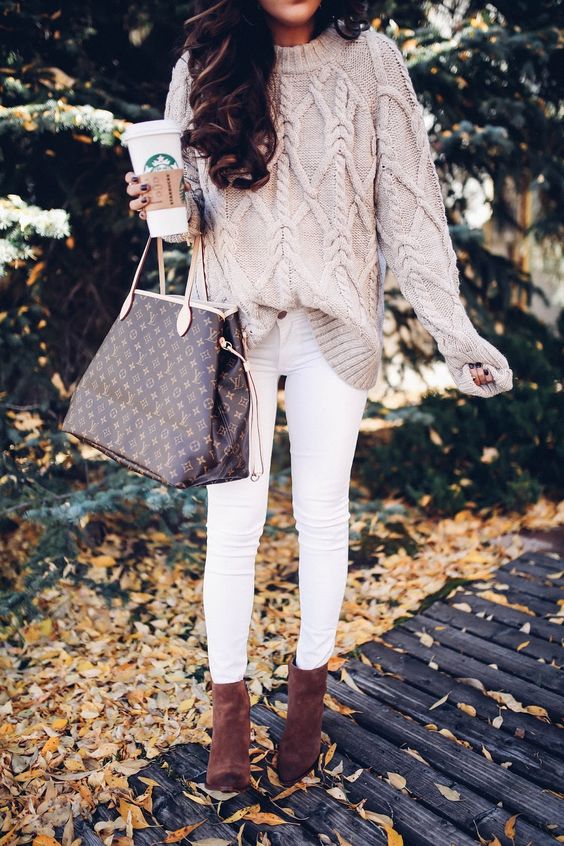 We’ve all been told that there are some fashion rules that we should all follow when it comes to getting dressed, and when we were growing up, not many of us knew better to know that we could actually break those rules. In the last few years, I’ve learned that when it comes to fashion, rules were meant to be broken. Fashion should be fun and our style should express who we are, so we should be free to decide what we want to wear and when. Who even made up these rules anyway, and why are we “bound” to listen to them? So I’ve compiled a list of a few of the fashion rules that I think everyone should break.

No White After Labor Day

This is for sure one of the most widely known fashion rules out there, and it really holds no merit today. Back in the 19th century, women tried to distinguish themselves between those that came from “old money” and those that came from “new money” by secretly changing the rules of fashion. So all the old money ladies got together and declared that they would stop wearing white after a certain day to separate the two groups, and eventually it became fashion law that after labor day wearing white was a no-no for anyone who was part of high society. It’s all so petty (yet I’m actually secretly impressed by it all, I live for pettiness). But hellloooo, have you ever heard of “winter whites”? These rules do not apply anymore and wearing white throughout the year allows for super chic outfits. 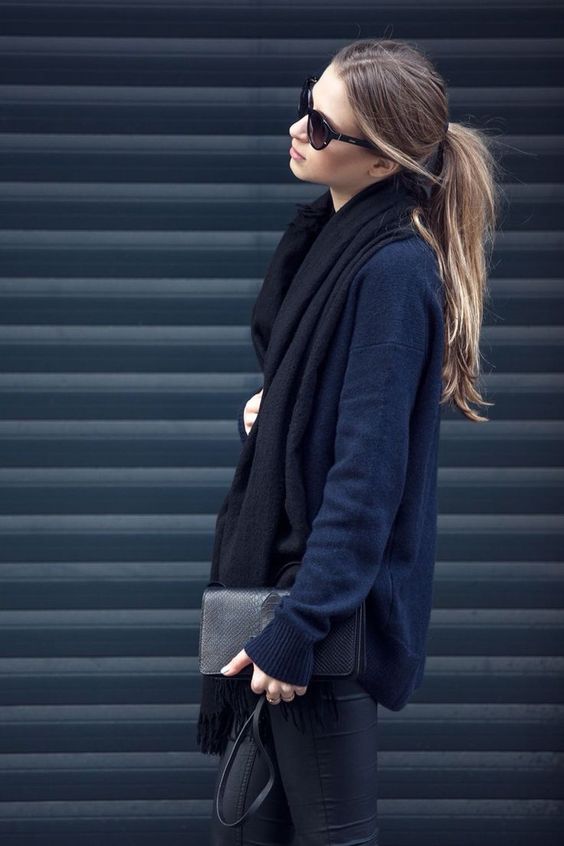 While they may seem to not be compatible, black and navy can actually compliment each other really well and I say you should definitely be wearing them together. Black and navy are generally similar, so they look really good when they’re layered on top of one another and their differences are more apparent, especially if you add in a different texture, like leather pants with a wool sweater.  The fact is, neutral colors always work well together, so whether it’s black and navy, black and brown – you’re good to go. 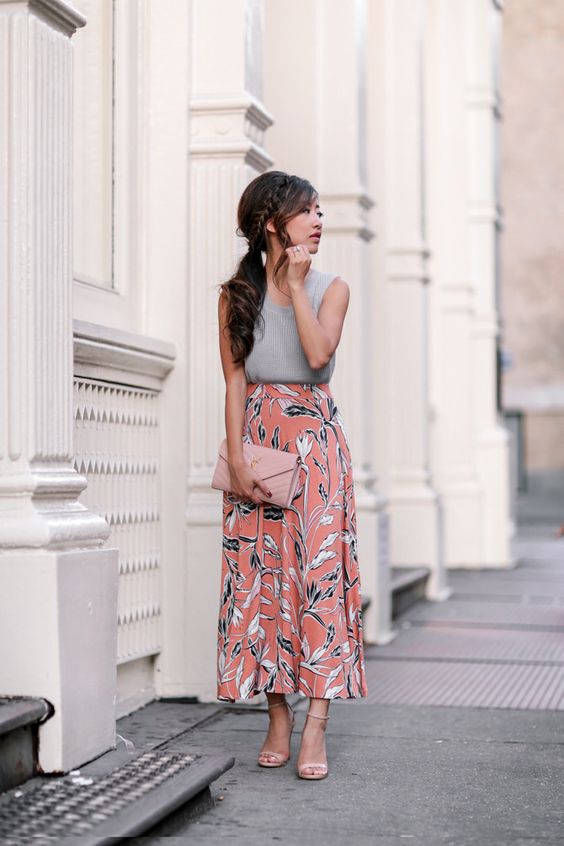 Being a petite girl myself, I’ve been told my whole life that there are just certain things shorter girls cannot wear – and longer skirts are usually on that list. I’ve learned though that longer skirts can actually make us short girls look a little taller, as long as everything is tailored well. In the image above, Jean from the blog Extra Petite realized that the skirt she was wearing was actually a bit shorter than the “rules” say is best. It should have been a few inches longer to fall between the ankle and the top of the foot, or a little bit shorter to really work to her height. But as you can see her outfit is still super cute and she looks amazing – rules be damned. 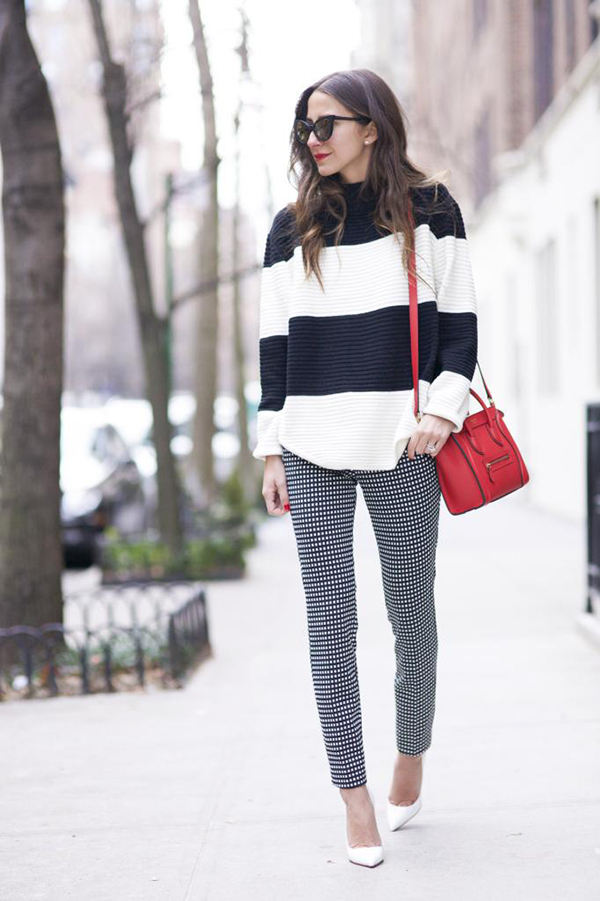 Your Shoes and Handbag Must Match

While matching you accessories to your outfit is never a bad thing, it can be fun to mix things up a little. Don’t feel the need to carry a red bag just because you’re wearing red shoes, mixing colors and patterns can really enhance a look – if it’s done the right way. Sometimes keeping everything neutral but then relying on your bag or your shoes to provide a nice “pop” of color can do an outfit wonders. So while it’s totally ok to do so, you don’t have to follow that order every time you get dressed. 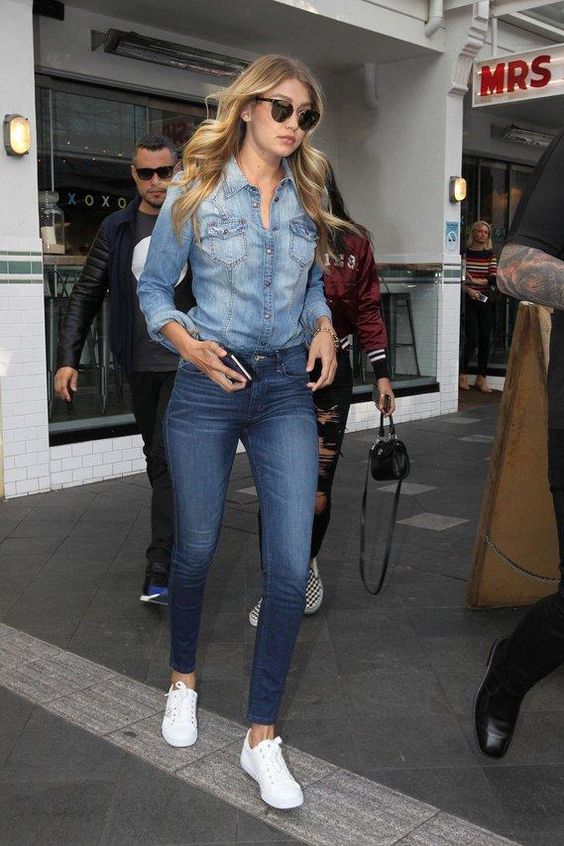 Saying No To Double Denim

Ah the Canadian Tuxedo.You’re obviously not going to be wearing denim on denim all the time, but it is a great outfit to know how to put together when you feel like being a little daring. It’s totally an “It Girl” street style outfit that the likes of Gigi Hadid and Chrissy Teigen have worn several times. The secret for making this outfit work is to always pair denims that are different washes together.

What are your least favorite fashion rules?

Gift Guide For The It Girl