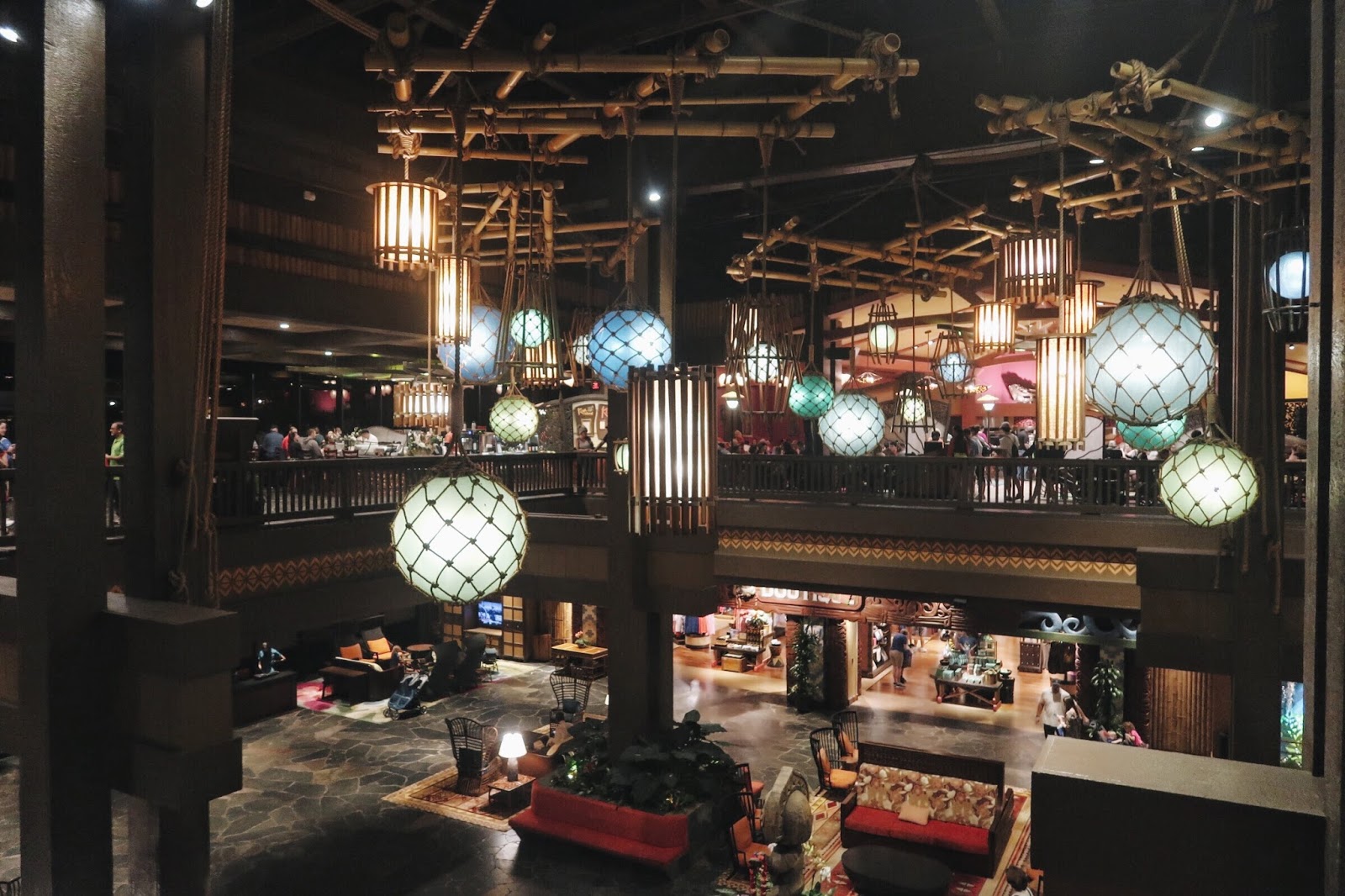 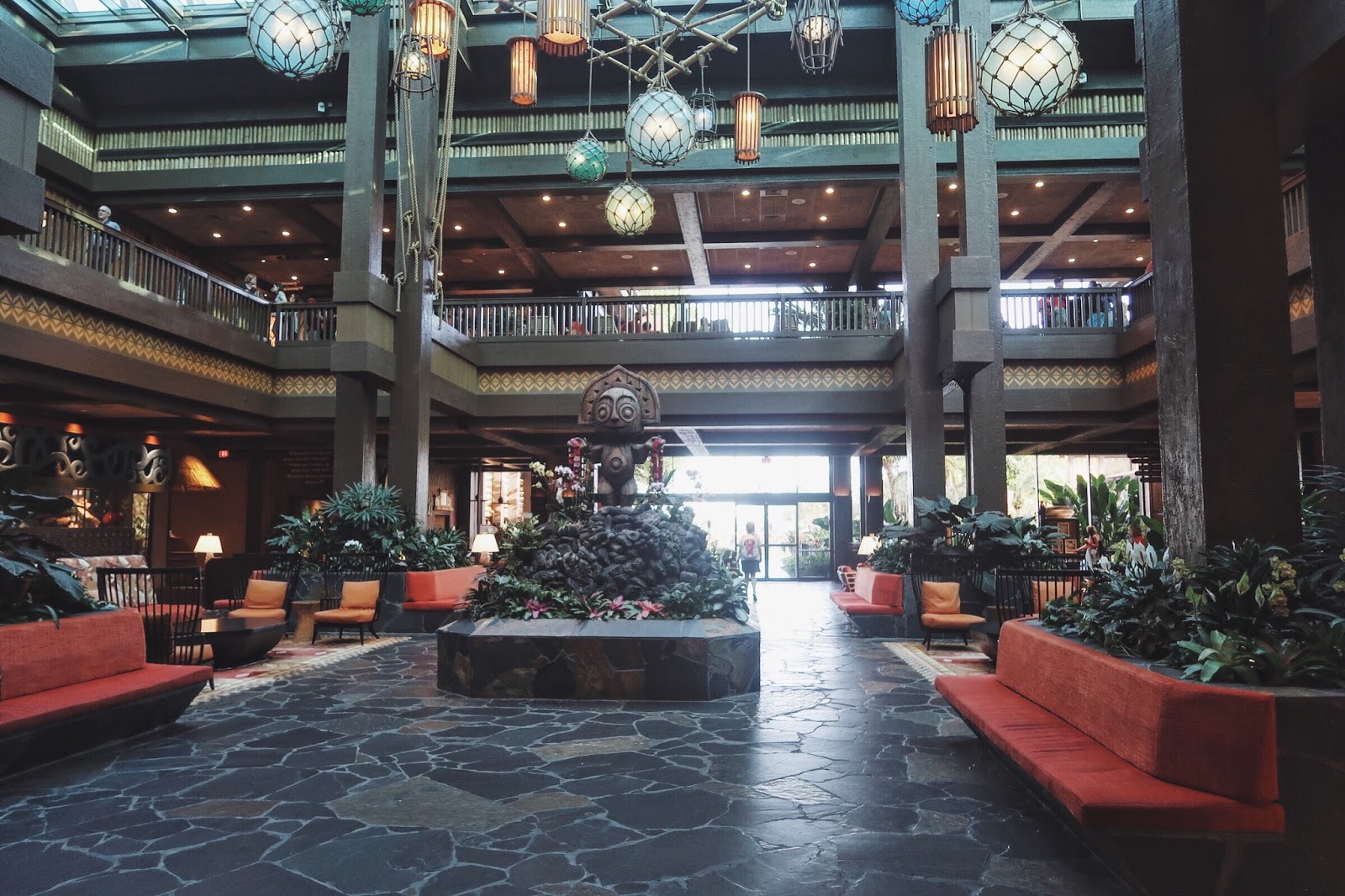 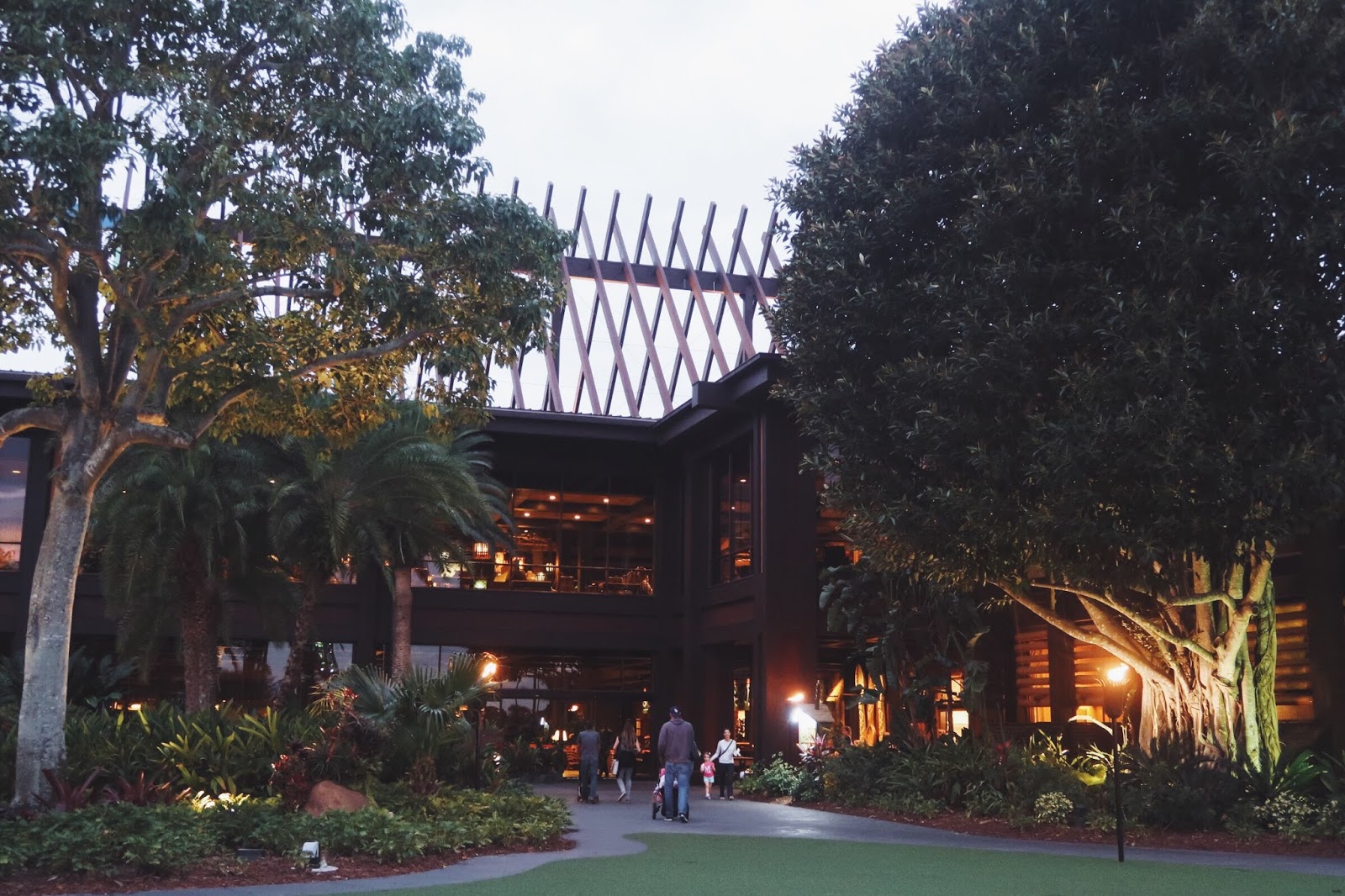 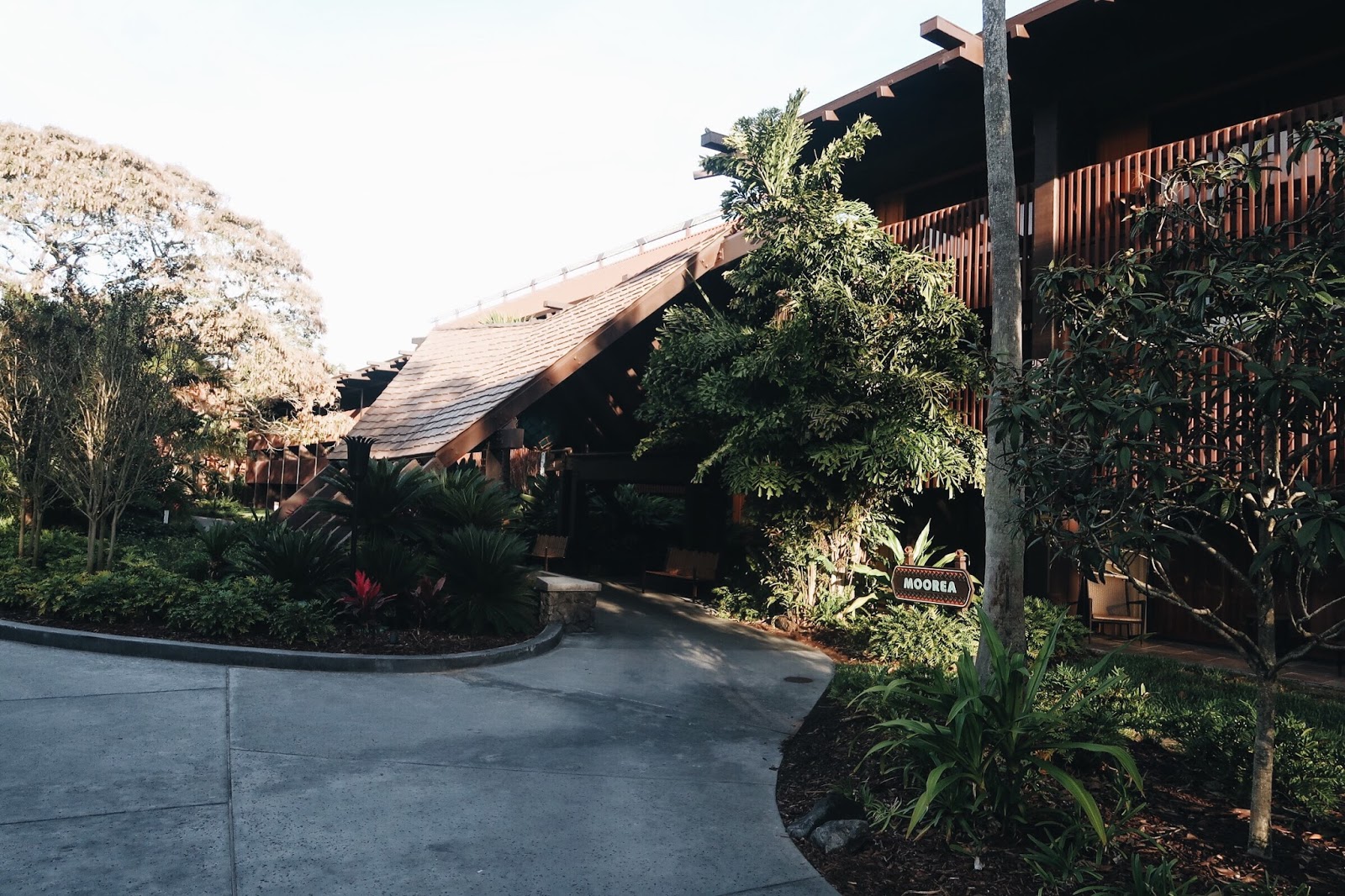 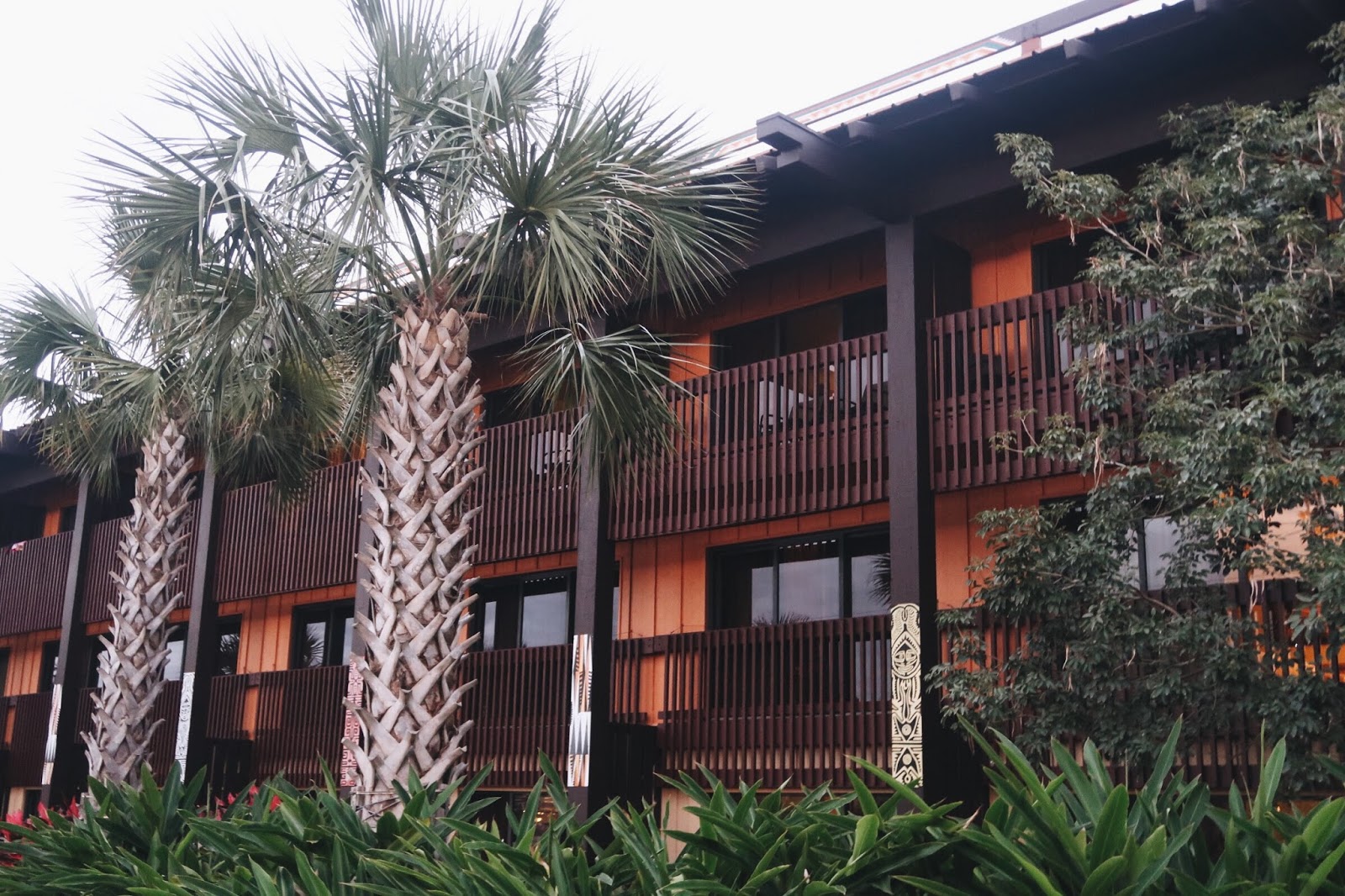 We stayed in a Polynesian Villa Standard Deluxe Studio in the Moorea longhouse (you can see what the rooms look like here, I wasn’t able to get any good pictures because we moved our stuff in right away and the room turned into a mess, lol). As a family of 5, we normally don’t have a problem fitting into one hotel room, but this room specifically said it was made to fit 5, so we thought it would be a home run.
The room can definitely fit 5 people, we’ll start with that. There’s a queen bed, a queen sized pull out couch, and a single pull down Murphy bed. At about 450 square feet, they’re a little bit bigger than the normal resort rooms, which are already the biggest Deluxe Resort rooms on property. However, the space is pretty cramped. We eventually got used to it, but we were not that enthusiastic about it in the beginning. The main living area is small because they used most of the space for the two bathrooms.
That’s right two bathrooms! This was the part that worked out great for us, because after a long day at the parks, it was nice to not have to wait for someone to be done getting ready for bed before you could. I will also say that both the pull out couch and the Murphy bed were extremely comfortable. We slept well every night and were well rested for our days at the parks. There’s also a cute little surprise when you open the Murphy bed…
Another thing I want to note is that in the regular rooms you can get 2 queen beds and a pull out couch, as well as a spacious bathroom. So while the actual square footage of the room may be smaller than the studio, I think you’ll have more living space in a regular room – especially with a family of 5. 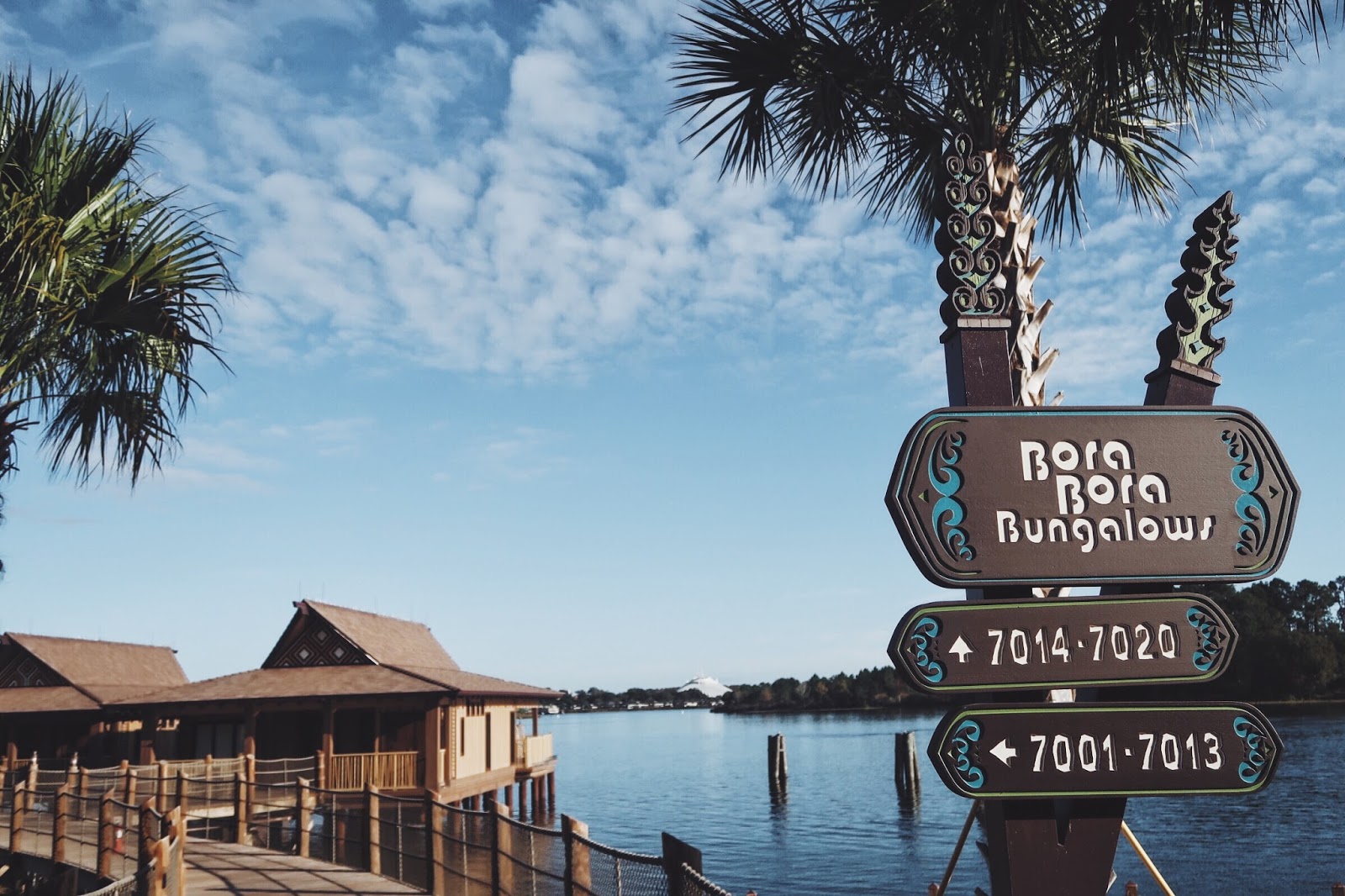 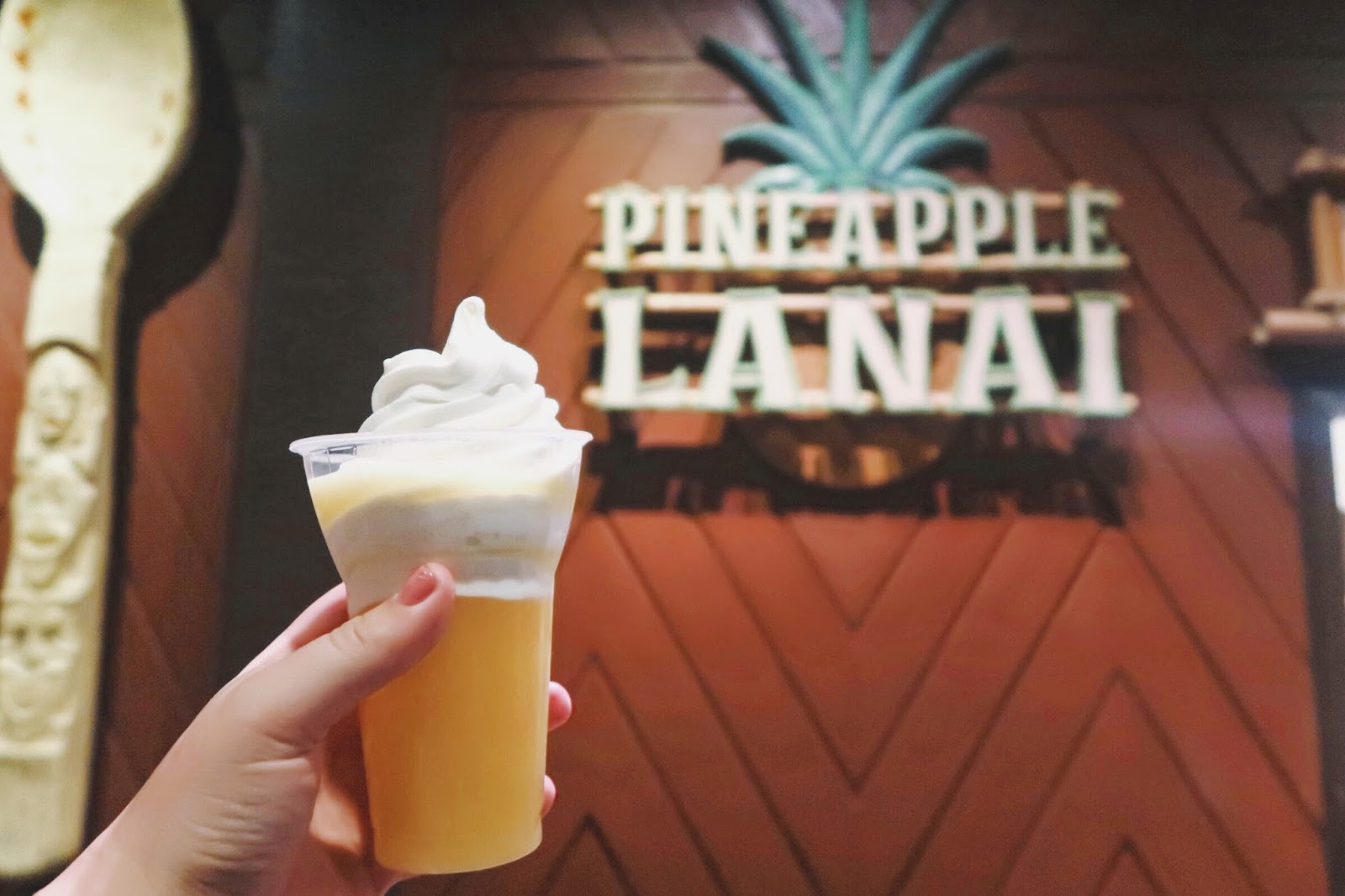 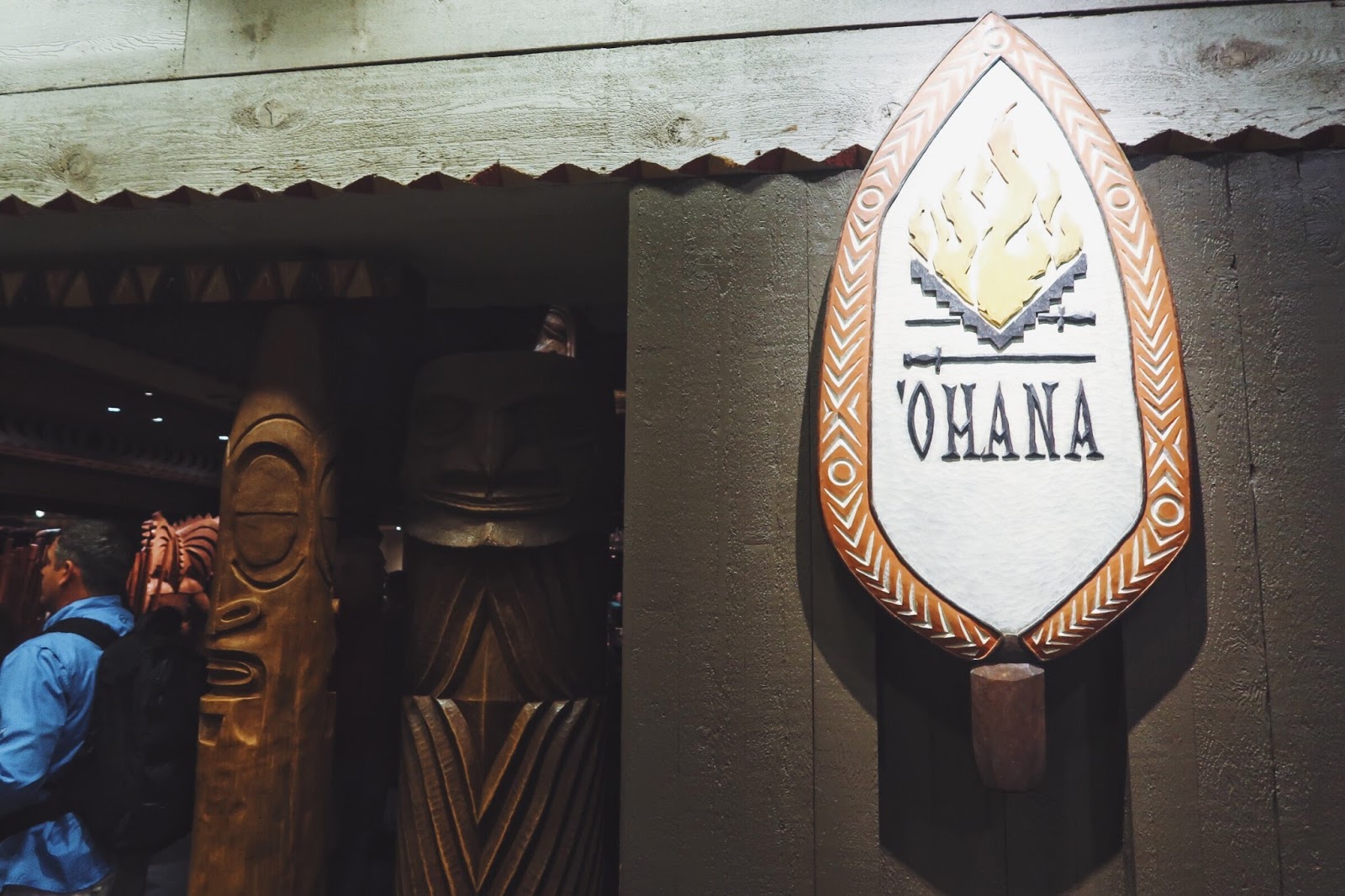 They start you off with a loaf of Pineapple Bread, then your server will bring a salad along with your drinks (I hear the Lapu Lapu is the best alcohol option). It’s very hard not to fill up on these because the bread is amazing, but there’s a lot more food to come and thankfully we knew that, so we were able to pace ourselves.
Next came the Honey Coriander Wings and Pork Dumplings – both were soo tasty. For the main course they brought out Noodles and Stir Fried Veggies, followed by skewers of freshly grilled chicken, shrimp and steak. It is essentially an all you can eat restaurant, so when I say don’t fill up too quickly, I mean it! Every course was incredible and if we had the room for it, we would’ve kept eating. But I knew we couldn’t leave without trying the dessert – the Bread Pudding. Oh. My. God. I have thought about this dessert every day of my life since. Not to be dramatic, but it’s life changing. 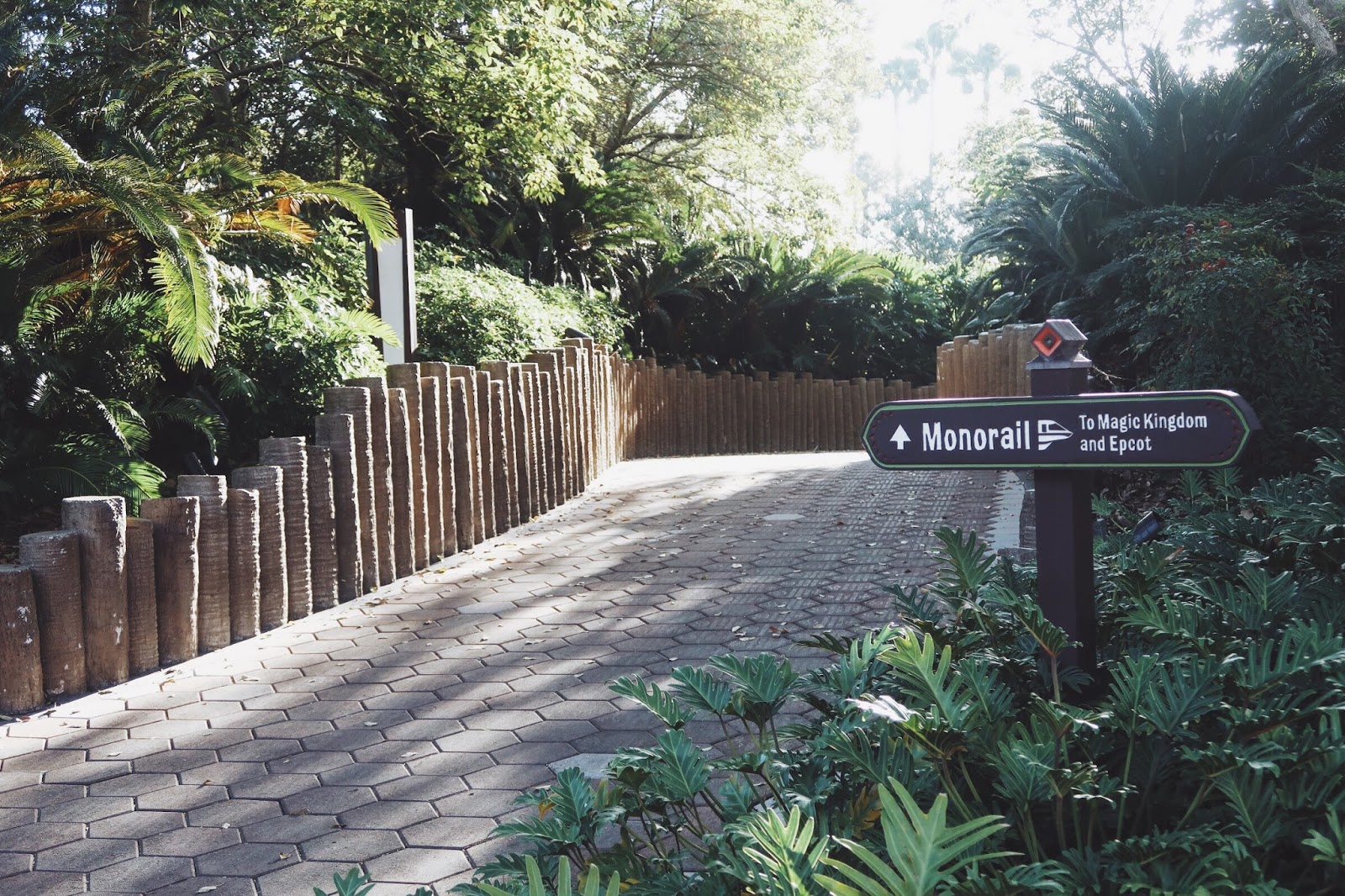 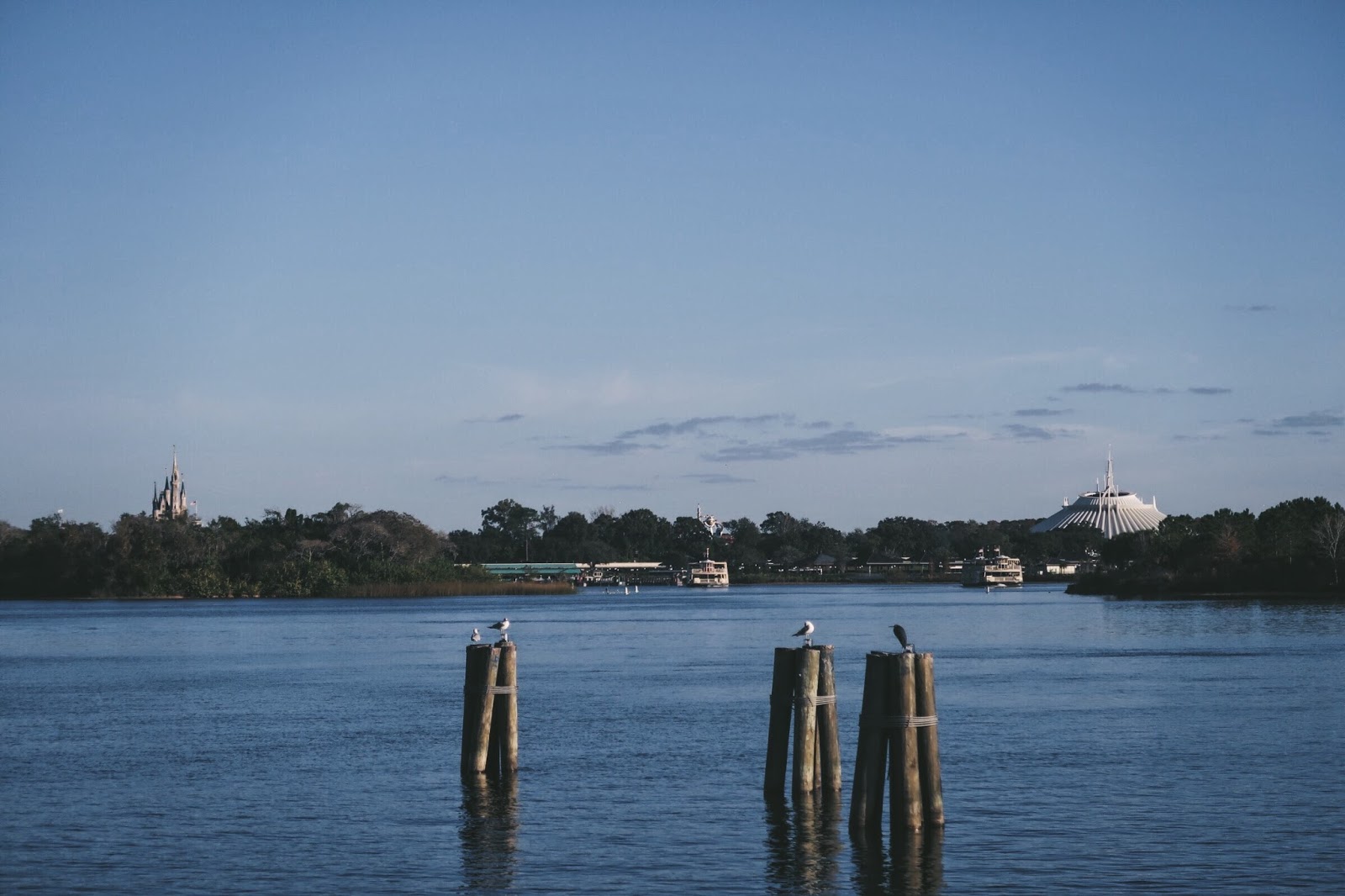 In my opinion, one of the biggest perks of staying at The Poly is the location, and it’s one of the things that really sets it apart from other resorts. As one of the Magic Kingdom-area resorts, it’s so close to the park you can literally walk to the TTC. Our longhouse was right across from the pathway that leads to it, so it took us less than 5 minutes to get to the monorail. I am all about convenience so this basically private pathway really excited me. At the TTC, you can catch a monorail to EPCOT or Magic Kingdom, or take the ferry to MK as well.
You can also catch the monorail from the 2nd level of the Great Ceremonial House. From there, you can take the monorail to the Grand Floridian, Magic Kingdom, The Contemporary and the TTC. Everyone knows taking the monorail is basically a ride in and of itself, except for some reason on this trip none of the monorails had AC, so they were basically sweat boxes – #ThanksShanghai?
It’s also great when you’re coming back from the parks because you can take the resort monorails back from Magic Kingdom and it will take you on the same route and drop you right at the Great Ceremonial House. We would get off at the TTC just because our longhouse was closer to that, but it just shows you have multiple options depending on where on property your room is!
One of my favorite things about staying here was getting to sit on the beach with a Dole Whip and watch the firework show. The views are amazing and the atmosphere is so relaxing. You pretty much feel like you’re on a beach vacation. 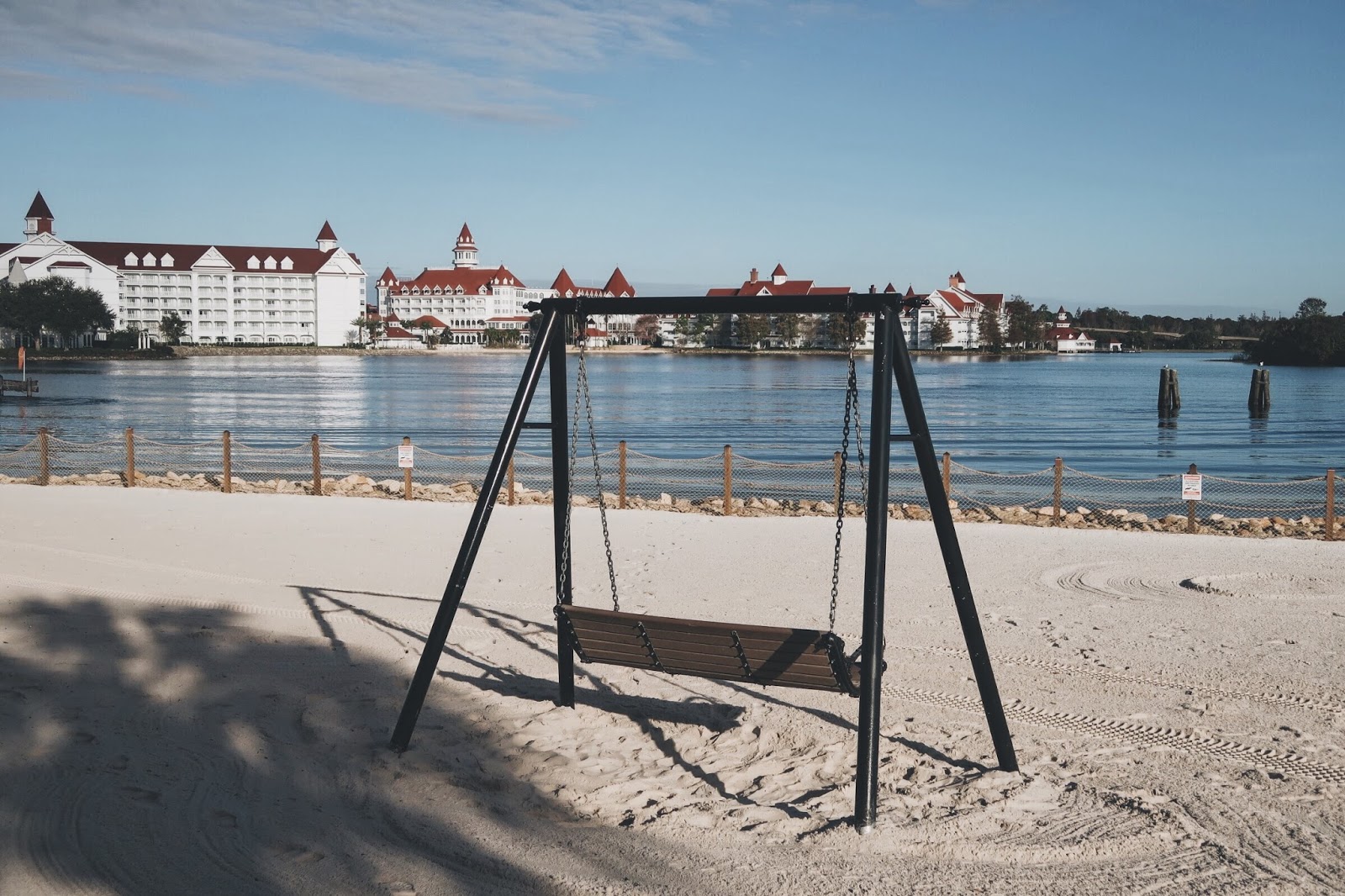 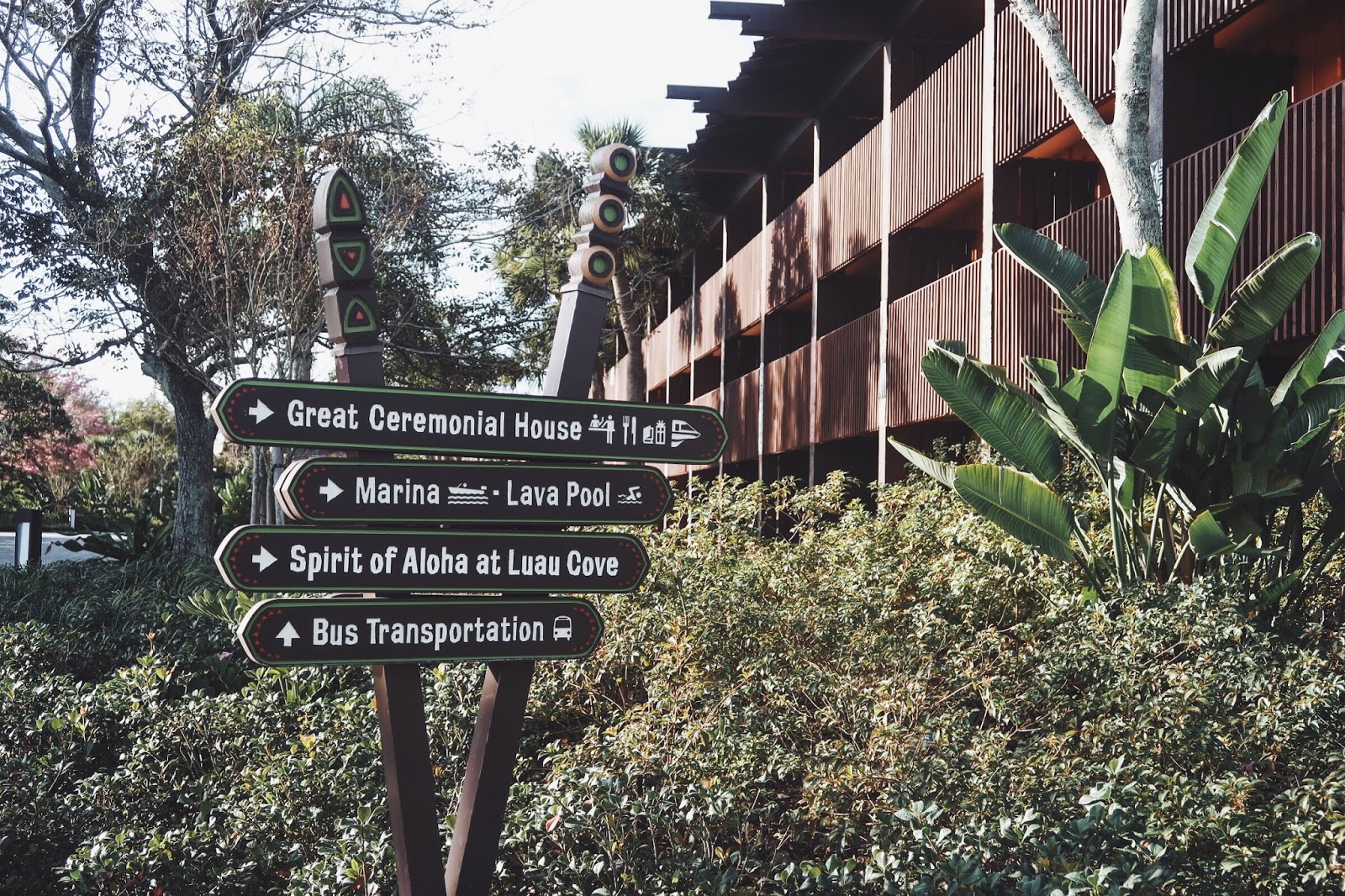 Overall, I really enjoyed our stay the Polynesian. I’m so happy that I was able to stay here and cross it off my bucket list. Staying at a Deluxe Resort definitely has it’s perks and there really is no feeling like coming back from a day at the parks to a hotel with a great ambiance to continue the magic. Whenever people ask me if I think it’s worth it to stay on property during a Disney vacation I always say yes! If not just for the convenience of transportation, but my family has also always found that when your hotel is an extension of Disney, it adds some pixie dust to your vacation. The Polynesian is one of the more expensive hotels, so it’s a great place to stay if you’ve decided to treat yourself.
The Poly holds a very special place in the hearts of many Disney fans, and for good reason. The atmosphere here is unlike any other resort on property, plus you have instant access to Dole Whips, so like…done, done and done.
What do you think about the Polynesian? What other Disney resorts do you love?

There has been a problem with your Instagram Feed.
Error: No posts found.
Copyright © 2023 Babe Confidential
Theme by 17th Avenue